The Rise of Multinational Corporations

On the last decades, the Multinational Corporations (MNCs) have appeared to reduce the power of governmental privileges and sovereignty, especially in developing nations which have far less resources in size and scope than MNCs. The effective State sovereignty might have decreased under the impact of globalization forces, but the MNC role in this process seems to be more receptive than usual. Traditionally, the international relations were held by governments’ officials or through authorized State channels. The emergence of MNCs seemed to challenge this way of negotiations, especially with the constant growth of Foreign Direct Investment (FDI). The FDI mode allowed foreign companies to be far more involved in the host countries in comparison to other entrance methods, giving MNCs a great impact on domestic production, employment and other socioeconomic factors.

The influence from the MNCs comes more from the firm’s connection to a particular nation’s economy in terms of local production, employment, exports technology and even these measures provide little protection to MNCs when confronted by a determined sovereign government. The expropriations are a way of demonstrating how the governments still outrank the MNC’s in terms of sovereignty and power, but those practices are not focused on a long-term orientation since it dispel other investments required to the nation.

Changes in the relationship between MNCs and States are fixed in larger models described by concepts as interdependence and globalization. It is thought that States have less control of globalization conditions and that MNCs complicate the regulatory execution of a government’s policy. However, MNCs still manage to be a little bit of a challenge to the national control. Statistical descriptions of contemporary MNCs make look them to have a huge power and influence in the global economy. At another level, the growth of MNCs can also offer national governments, especially less powerful ones, more options in pursuing their national interest objectives, like when MNC’s cover some of the basic needs of the population like utilities or health services.

As their overall numbers increase, MNCs also began strategic transformations that reduced their potential to either challenge a government or constitute an alternative policy. Many large MNCs decentralized management controls, combined corporate culture and reduced their stability as unitary company. These adjustments increased the ability of MNCs to respond flexibly to the speed and magnitude of global economic change, but those changes also make more difficult for the MNCs to be given the attributes of a political actor over a period of time.

Due to mergers and acquisitions and international strategic alliances to achieve quick and adaptable growth, there has been a trend of transformation in MNC’s character. The increasingly changes in MNC composition and character alter their potential to challenge national government sovereignty. 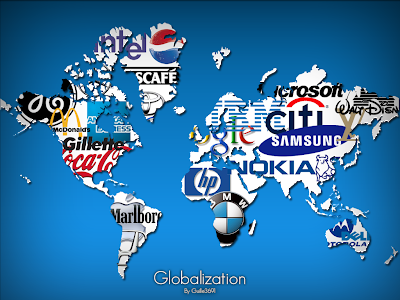 1.Do Corporations pursue today other interest or the "bottom-line" remains as their single priority? What are the factors influencing the corporation’s objectives and goals?

It’s a fact that MNC’s priority is and has always been making money; turning a profit and nothing more, which is why they have been involved in many cases where they are accused of pursuing unethical ways of making money. Whether it is hurting the environment or engaging in disloyal competition. However giving this bad reputation MNC’s today see the necessity of assuring their consumer and stakeholders that they are a socially responsible company which has their best interests at heart, and people nowadays buy the products from the corporations they feel fulfill this promise. But this raises the question: are they doing this just because they don’t want to lose their consumer base? Or because they actually care about the environment and the well being of the populations where they are present? We can never know. The good thing about this trend is that more and more companies are being forced to change the way they do things, they way they manufacture, which kind of raw materials they use, etc.

2.The film focuses on the negative consequences that the Corporation’s behavior causes to the environment, to human health and animal life. We’re going to discuss the possible benefits arising from the actions of MNCs for these 3 groups.

Even though the MNCs have the reputation of devastating the forests, they are now putting into place reforestation programs to give back the trees that were cut down. Another example are mines, that when they don’t produce any more, those lands are transformed into natural parks in order to create more natural environments and, by planting more trees and creating more lakes they reduce the pollution of the area.

With the “green” tendencies, many companies have stopped using non-renewable energy resources to use more environmentally friendly ones, such as wind, sun and hydroelectric energy, reducing considerably the amount of CO2 and other toxic substances that are released into the environment.

MNC’s have the capacity, resources and technology to come up with great solutions to today’s environmental problems and the governments and the general population benefit from it.

Some MNCs create health programs on poorer regions where they are located, in order to improve the quality of life of the population. Additionally, they have the double purpose of having a health population, so they will have a healthy work force in the near future.

We can also see that in many countries around the world, if not all of them, the ones that manufacture medicines, equipment used in healthcare and some of the hospitals are MNC’s. The governments sometimes cannot take on this task so the MNC’s are the best solution and everyone benefits.

MNC’s also help governments with financial resources and personnel to get the necessary medical assistant to some of the most depressed regions due to the lack of resources of some governments, which without this help couldn’t helped this people.

Corporations are becoming more and more involved with the environment therefore with the animal life as well. They make donations to organizations that fight to protect different species. Although sadly MNC’s are the ones that usually don’t say anything when they know their affecting the animal life if doing so could hurt their financial benefits. So in this matter we see little progress when it comes to the involvement of MNC’s but in some countries where the resources are scarce some MNC’s are the ones sustaining several animal reserves and protected areas.


3. Should a corporation be considered a "person"? Which are the possible implications and limitations of granting such legal existence to corporations?
To the eyes of the law a corporation is a person. They are granted legal personality which is a good thing because by doing so they are giving both rights and responsibilities just like natural persons have, which they must honor in order for them to be able to function.
Since they are recognized as persons they can be made accountable for their actions just like human beings and have to fulfill their obligations.

The good thing is that the law acknowledges the differences between a regular person and a corporation, that’s why their rights are limited, they cannot do everything they want and their responsibilities are greater.